If you own a dog, you already know how tempting it is to feed Fido scraps of “human” food. That can include licking the plate clean after dinner or sharing the single slice of remaining deli meat. Of course, while dogs are voracious eaters, you shouldn’t feed them whatever they want because there are some toxic foods that dogs cannot eat.

Like humans, dogs can have food sensitivities and allergies. They are susceptible to adverse reactions like shellfish poisoning, depending on the breed of dog. If you’re wondering if shrimp is one of those dangerous foods for dogs, here is what you need to know. Is Shrimp Safe for Dogs?

Dogs can eat shrimp safely. Most dog owners are concerned that feeding their pet raw shrimp can be potentially harmful because the consequences of raw products are typically more severe in humans. As a result, humans will cook their meats, shellfish, and other foods as a way of making them more digestible and killing off bacteria.

Dogs can tolerate more bacteria from food in their gut than humans. Their highly acidic stomach juices are more aggressive when it comes to breaking down different foods. The quick digestion means there is less time for the material to rot or potential contaminants to take hold.

The ways to prepare shrimp are virtually endless. You can have fried shrimp, shrimp cocktail, shrimp scampi, or shrimp and grits. You can have it in fajitas, pasta, curry, and ceviche too. The point is that shrimp is a versatile dish.

You will be able to feed your dog any shrimp dish, so long as all the other ingredients are also dog-safe. The only significant concern is how you or the chef prepares the crustacean. For instance, many restaurants will leave shrimp tails in to add flavor, make the shrimp look more substantial, and minimize kitchen preparation time.

Generally speaking, shrimp shells are flexible, and the tails are semi-rigid. It isn’t the end of the world if you feed your dog shrimp with the shells, though it can pose a potential choking hazard, especially for puppies or senior canines. If you want to be better safe than sorry, it helps to shell and clean the shrimp before serving them.

Shrimp are a reliable source of low-fat protein that makes them a healthy and nutritious snack for dogs. According to the USDA, a three-ounce serving of boiled or steamed shrimp packs 15 grams of protein. That comes with only 76 calories and 1 gram of fat.

Shrimp also have an antioxidant called astaxanthin, which is responsible for their reddish complexion. Astaxanthin helps fight inflammation as the antioxidant prevents free radicals from damaging cells in the body. This keto-carotenoid can increase “good” cholesterol while strengthening arteries.

Dogs can also get a healthy amount of selenium and copper from shrimp. These nutrients work similarly to astaxanthin as they limit the body’s exposure to oxygen-containing molecules. Shrimp also have significant amounts of Vitamin B12, phosphorus, Vitamin B3, zinc, and Vitamin E.

Shrimp Side Effects in Dogs

The essential thing to know about feeding shrimp to your dog is that they are not toxic. That said, there are potential adverse side effects from eating shrimp. These can include shellfish poisoning and allergic reactions.

Shellfish poisoning happens when specific toxins in seafood accumulate in the body and produce a concentrated poison. There are different types of poisoning depending on the contamination, which can affect everything from speech to the stomach. Symptoms will typically appear within 30 minutes of eating shellfish and can include vomiting, diarrhea, coordination loss, and nausea.

Again, dogs have strong gut acid than humans, so they have a lower likelihood of shellfish poisoning. The same goes for allergic reactions. According to BMC Veterinary Research, only two percent of dogs have a reported reaction to shellfish. As a point of comparison, 34 percent have adverse reactions to beef, 17 percent for dairy, and 13 percent for wheat.

While it is unlikely that your pooch will show symptoms of an allergic reaction, keep your eye out for discomfort. An active allergy can manifest itself in the form of facial swelling, hives, or redness of the skin. Your pet may also feel warm to the touch or appear restless.

Are shrimp the most traditional snack for dogs? No. Are they safe to eat? Absolutely. As long as you take a second to clean and shell the shrimp before serving them, your pooch will be all right. As a brief aside, you might want to hold back on giving them shrimp saturated in butter or covered in garlic seasoning.

A dog’s food is an essential part of a well-balanced lifestyle. If you have any questions about serving your specific exotic proteins, you should contact a veterinary professional. They can walk you through formulating a healthy diet for your dog and what table scraps you can give your canine. 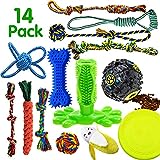 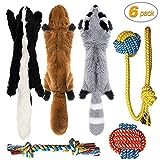